More On US Drought past peak
Drought experts say parts of the states most severely affected — Nebraska, the Dakotas, Montana and Wyoming — have been left in far worse shape because of recent history: several years of dry conditions, a winter with little snow and then, with moisture reserves in the soil long gone, a wave of record heat this summer.
…
After weeks and weeks with little rain and high temperatures, one farmer, Terry Goehring, watched the mercury spike to 118 degrees in his Mound City, S.D., field one day in July. That was it. Mr. Goehring, who has farmed since 1978, sold half his 250 head of Angus cattle.

Severe drought conditions exist worldwide. Europe, Australia, Africa, North and South America, Asia. That about covers it. I guess I “predicted” this a few months back, but I won’t start crowing until Democrats sweep in after the November elections and impeach George Bush.

What do we win? Now, in drought stricken areas, water must be shipped in to thirsty cattle using expenditures of energy. That can be expensive, especially if one uses ethanol, so for now the price of beef is dropping because herds are being sold and slaughtered. There is a glut of carcass on the market. Ranchers cannot keep cattle without grass and water.

Next year? Let’s just say – beef might be the new lobster.
This year, might as well throw an extra steak or two on the grill.

Subdue the earth and all that. 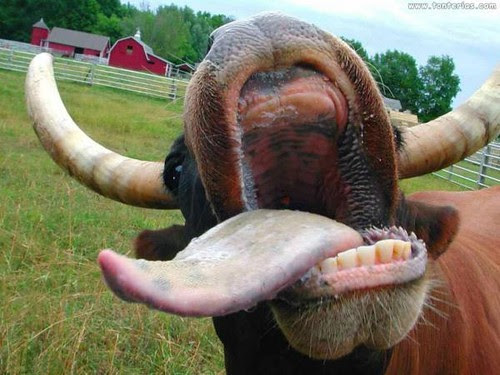